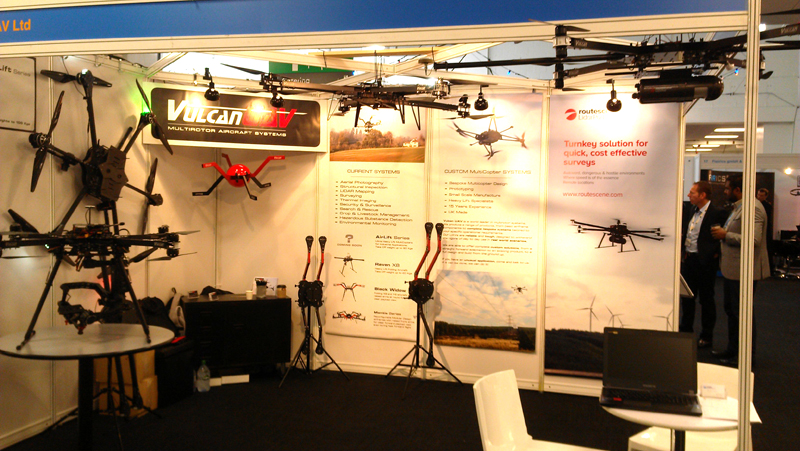 Vulcan UAV exhibit at the Commercial UAV Show, Olympia London.
The show was a great success with Vulcan being one of the busiest stands at the show! We displayed a range of new and existing products, including the first of the new AirLift series prototypes for super heavy lift. Big thanks also to Ibrahim from Ascension films for bringing his working Raven complete with Ronin gimbal and Black Magic Cinema camera with 200mm lens. Also displayed was the V1 prototype designed to carry the new LidarPod from RouteScene, the first fully functional UAV based lidar 3D mapping system.