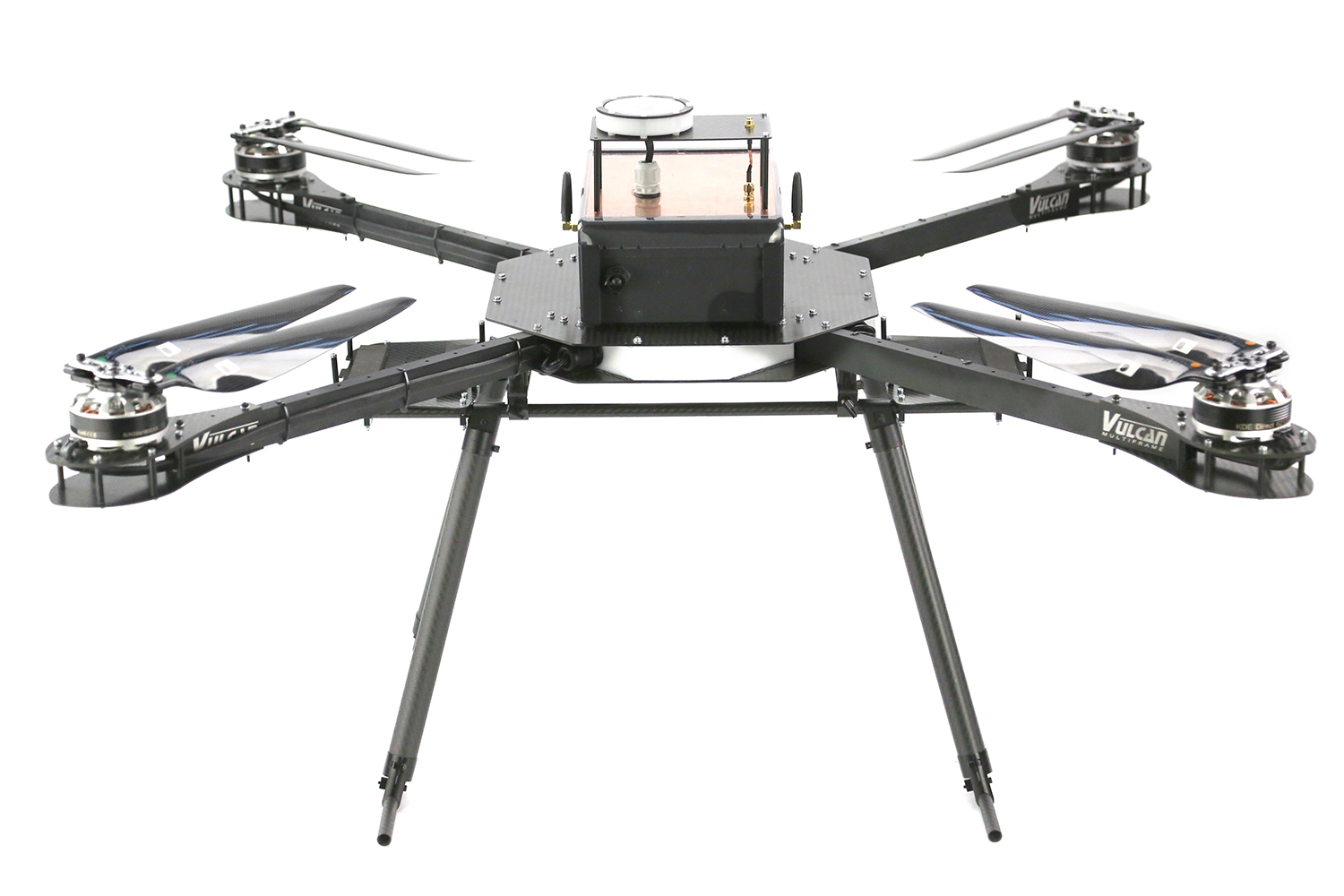 This aircraft was built for testing an autonomous landing system for use offshore. Taking off and landing on a moving deck in the North Sea is no easy task even for the most experienced of pilots. To do this autonomously is complex to say the least, but this is something required as part of an Innovate UK project in which we are involved. Details of the control system are currently not public, but due to the tough conditions of operation the key feature of this aircraft is that it (and it’s externally mounted batteries) are built to withstand full immersion in sea water.